The S.S. Atlantus launched on December 5, 1918 and was the second concrete ship constructed post World War I as part of an Emergency Fleet. Due to the critical shortage of steel, experimental ships were made of concrete. The ship’s weight over 2500 lbs was needed and used to transport 1000s of men home to the States from Europe. Two years later, when steel became available, the ship retired. It was later purchased to be used as a ferry docking station in Cape May, NJ. Before ever being used as the intended dock, a strong storm broke it free from the moorings and it ran aground off the Sunset Beach shoreline.

Over the last nearly 100 years, several attempts have been made to free the vessel but none were successful. The salt ocean water, strong waves and currents have not been kind, breaking it in two. She remains embedded on the ocean floor with her bow extending to mark her home. 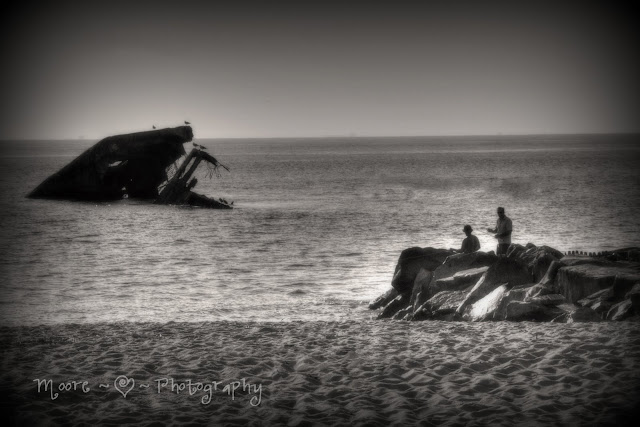