This afternoon I met up with a phriend by the osprey nest. I was disappointed for her as Papa was not on his chair however, shortly after we arrived he flew in, checked on with his family and went off fishing. He circled the water from high above, swooped down and skimming along the top of the water, dragging his talons along. We did not see him catch a fish, but moments later he appeared at the nest with one in talons. After the, now large babies, had a meal, they began testing out their wings. Each taking a turn at flapping until they lifted up several feet above the nest. I imagine it will not be long before they take their first flight. 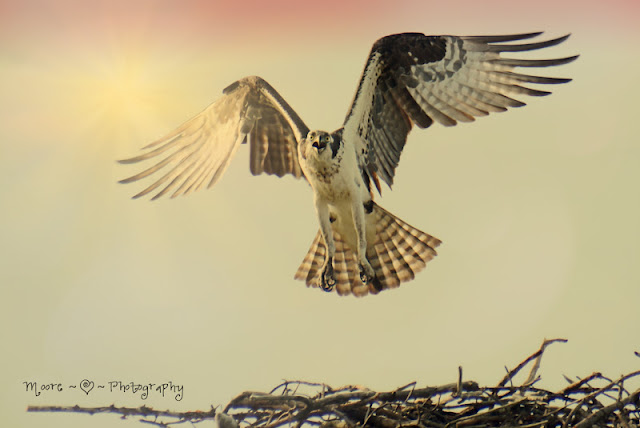 Wow! This is an awesome photo!

Amazing. I still cannot believe how big they have gotten! Great shot. Such fun watching them jump and practice. Can't wait to go back again. Thanks again so much! I am getting very temped about the lens. Just need to build my muscles! Thanks for sharing.