In one way or another we were all affected by the events of 9-11. However, I do feel those of us who live in the north eastern US have different memories of this dreadful day. I was watching TV when Good Morning America was interrupted by a News report showing the burning tower. It was explained, an airplane had hit the tower. As I sat in shock at this site, I watched as the second plane flew straight at the second tower. I knew at that moment we were under attack. I called my mom, she had not seen the second plane hit as the TV had gone dead when the first plane hit. The broadcast tower was located on top the WTC. She ran outside and not only was she able to see the flames but she could see her pregnant neighbor pacing the front lawn. Her husband worked in Tower II, he was one of six from town who would not return home that evening. For days my family could not only see the thick black smoke but they could smell it and taste it. I have visited Ground Zero and the Trinity Church. I am not sure why but I am glad I did. During my recent trip to NYC it is evident none of us will never forget that day. Still there are signs of remembrance all round. 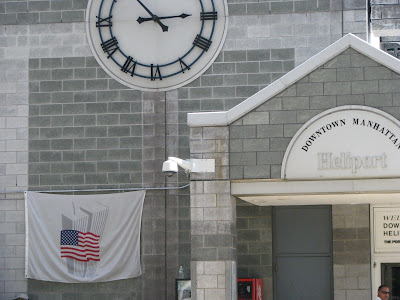 You're right. I remember that day vividly. I watched the towers crumble on a t.v. they had set up in the office I was working at. We were doing an audit there so it wasn't our office. However, my memories are nothing compared to those who lived close to the tragedy.

A dreadful day that scarred the country!
Klaus

I will never forget that day. I watched the TV all day, even called off at work...just petrified.